Welcome to the new Stanton Champion
Website April 29, 2018 No Comments

The last version of my site let me post photos, but it wasn’t really conducive to writing. Tumblr was originally designed as a blogging platform, but increasingly it has become an image sharing site. This led me to posting “unadorned” photos with just the image and very little text. 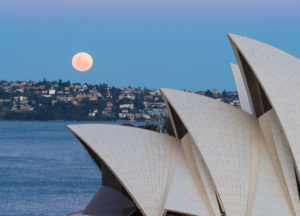 Over time, more and more people have asked me to tell the story behind my photos as well. I hear questions like, “how did I take that?” or, “what equipment did I use?” I realized that this was a huge missing part of my photo sharing – behind most of my photos I also have a story to tell. Sometimes that story may be more technical, and sometimes it may be more spiritual. And while a picture may be worth 1,000 words, very rarely is there nothing else to say at all.

To get this new site started, I have ported over a few of my most recent photos and the stories behind them. You’ll also see new high resolution images that reveal more detail and clarity than I have ever posted before.

I look forward to bringing you many new photos and new stories, while also reposting some of my old photos so that I can share their untold stories. Finally, I’m planning to write more in general, so expect to see the occasional non-photography post as well.

Welcome back, and I hope you enjoy the new site.