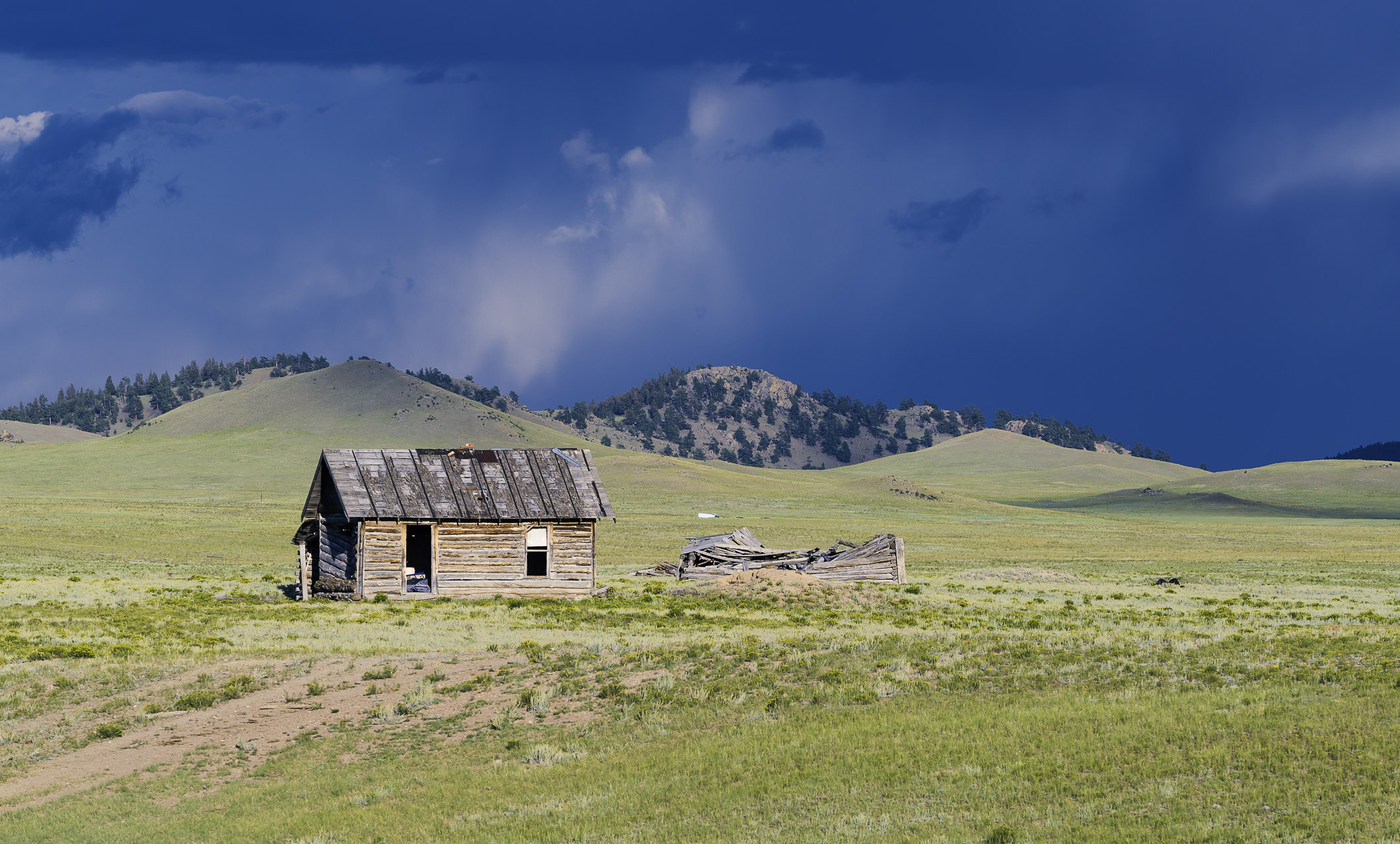 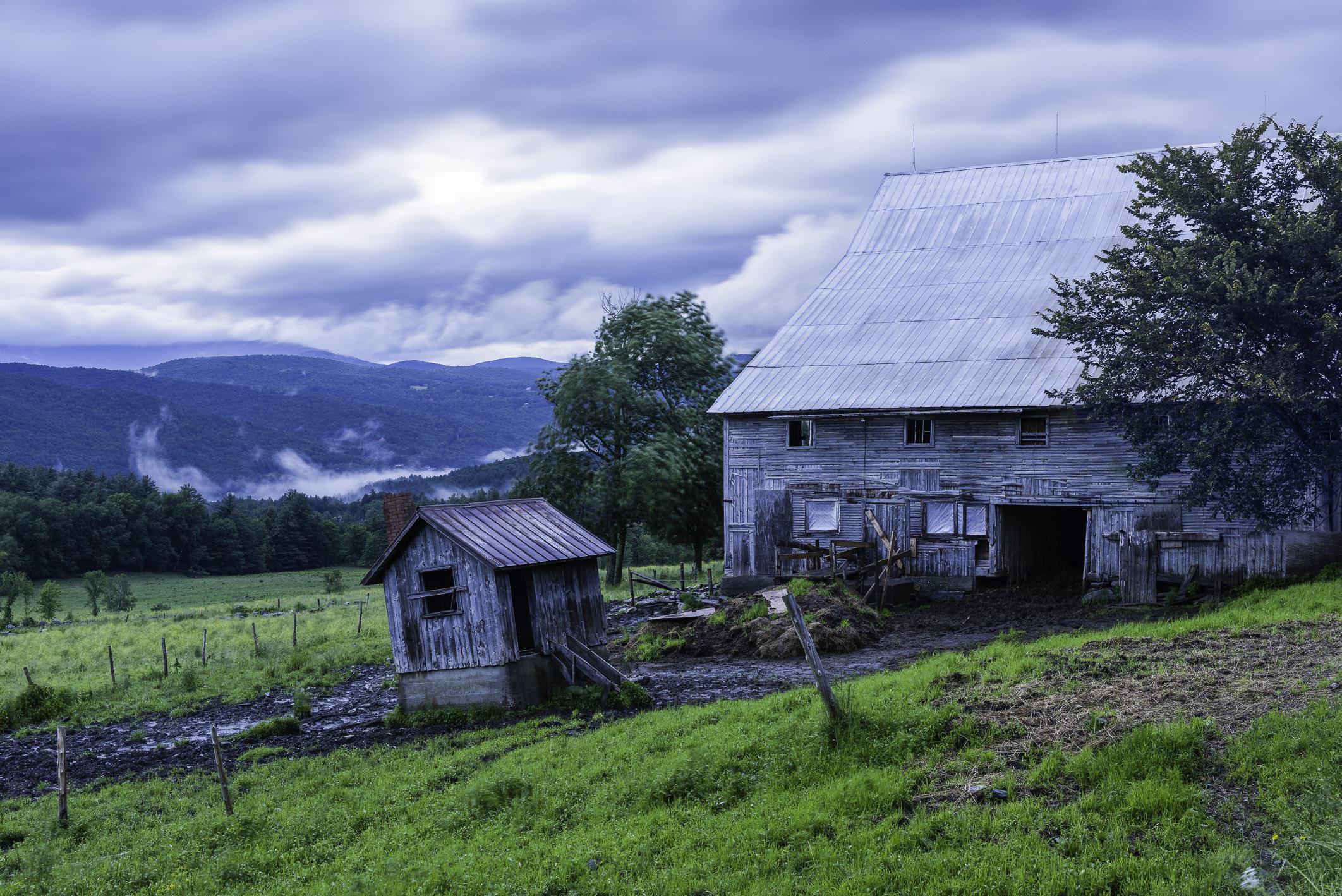 Rainstorms can change a scene quickly – from dramatic, to light, to cloudy again in an instant. The weather in Vermont had been incredibly rainy on our trip, and I had already been fortunate to capture a wonderful photo of Kenyon’s Barn about 20 minutes prior during a brief moment when the sunset could peak through and create some color. After the sunset, the remaining clouds became darker and more ominous, while fog begin to rise from the wet ground. Enough light remained that I could still find some pictures, and I settled on this wonderful barn that I had passed by many times but never photographed.