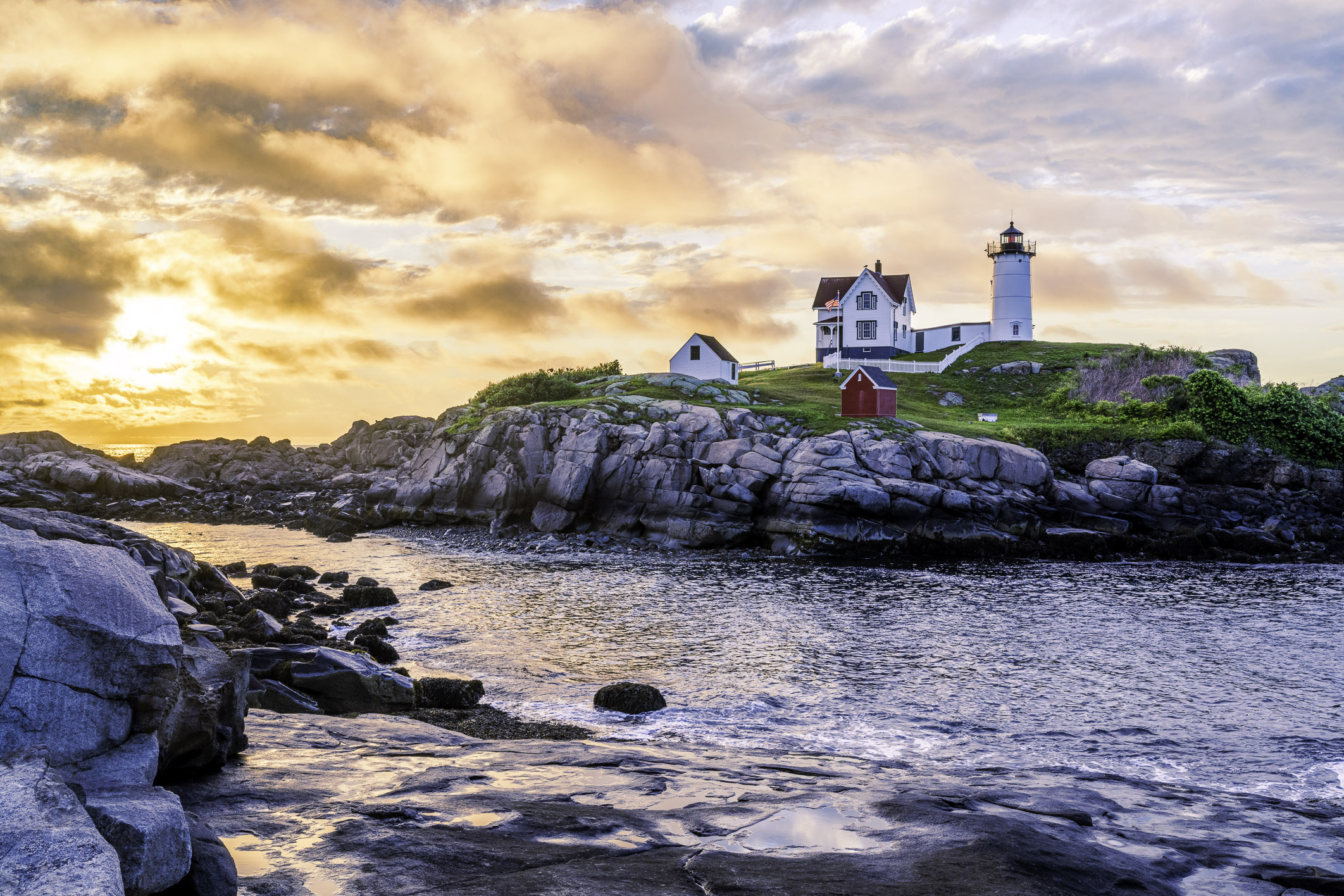 At the end of my Puddles at Sunrise post, I mentioned how I nearly missed out on another amazing photo. This is that photo – a glorious sunrise behind the Nubble Light itself. I was tired and not thinking clearly, and after getting the earlier photo my brain kept telling me “go home, we’re done.” It wasn’t until I saw another photographer shooting in this direction that I realized I could do more.

I own several Garmin devices, including an older Oregon 600 that I have used for years for hiking and biking. When I first got it, I also purchased an SD card to expand its anemic internal storage. I then downloaded a nice selection of maps from GPSFileDepot and OpenStreetMap. This worked well for a while, and then one day I did some data cleanup and the Garmin started ignoring the card entirely when loading maps. The weird thing is the card would work just fine with the GPS connected to my Mac via a USB cable, but the Garmin itself wouldn’t acknowledge it. I honestly don’t recall exactly what I did, but I did something that broke the SD card entirely.

I’ve done so much tinkering to fix this problem. I tried multiple other SD cards, uninstalled maps, reinstalled maps, formatted cards, manually copied maps, and more. It just would not work.  After a lot of tinkering, I gave up and just made due with the internal storage for managing my maps. Every few years I would try again, only to get frustrated and move on. But this year I stumbled across the solution and finally struck pay dirt!

If you’re having a problem getting your Garmin to read an SD card, this may help you. First, make sure you review Garmin’s help for when an SD card is not detected. If this advice still doesn’t resolve your problem, then keep reading.

In 2014, I took a trip to visit friends in New York City. I had long wanted to take photos of the Brooklyn Bridge, so I convinced my friends to join me on a photography expedition. Our biggest challenge was the cloudy weather that made finding good light a challenge. Fortunately for us, New York creates its own light if you wait long enough.