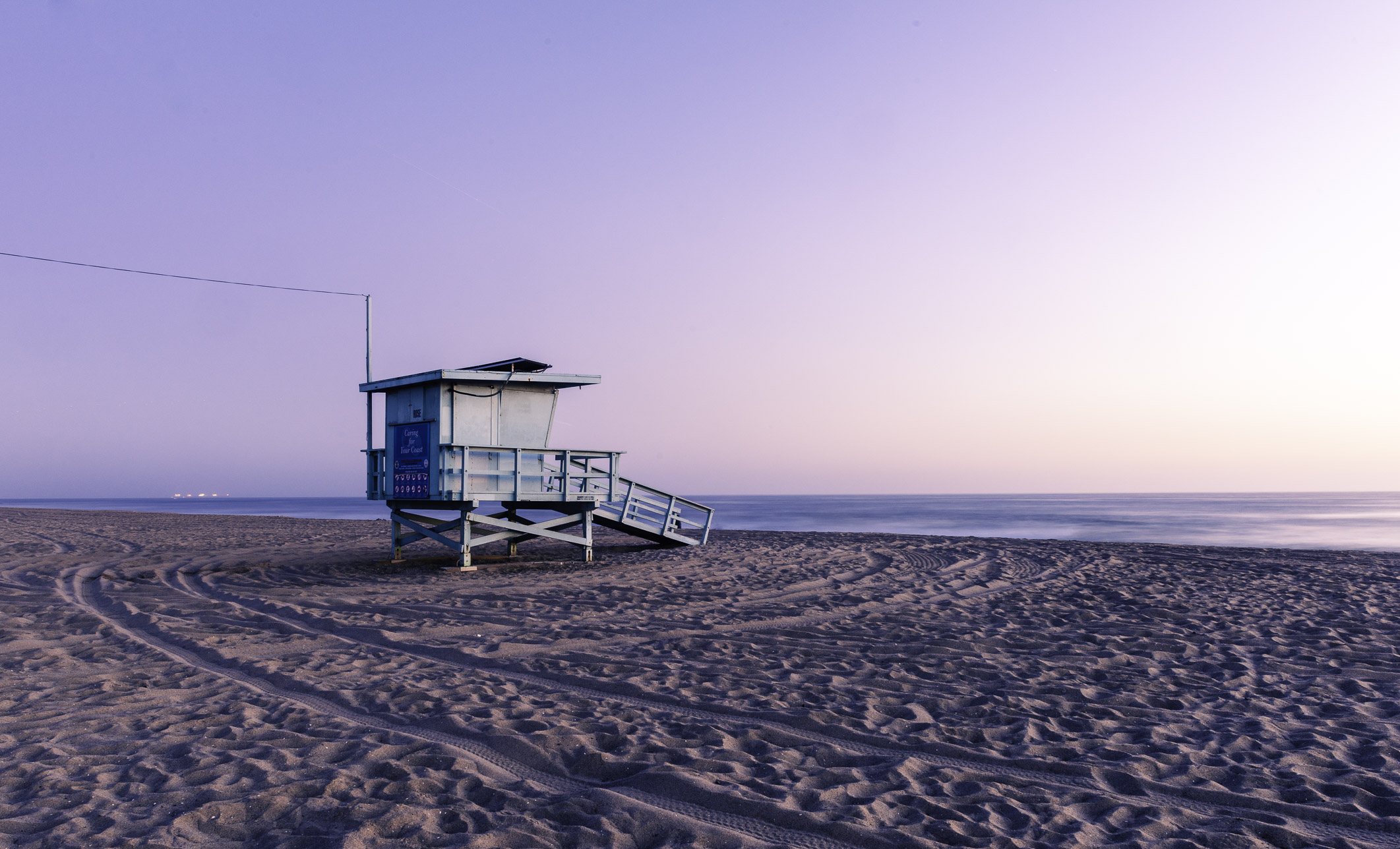 Last year on a trip to Hawaii, I took a nice morning walk along a trail between Hapuna and Kaunaoa beaches. I was looking for sunrise light, but I slightly overslept and just missed blue hour, getting golden hour instead. The bright sun was already harsh, and there wasn’t a lot of morning color in the sky on the western coast of the Big Island. But after walking for a bit, I discovered this wonderful view of trees, water, ocean, and clouds from a vantage point above the Pacific. I loved the orientation of the trees and how the light and shadows fell between the trail, the inlet, and the trees themselves.

My work travel sometimes take me to the Venice Beach area of Los Angeles, but in the past I had never brought along my camera. My previous trips were always in the winter (or whatever passes for winter in LA), which meant shorter days and less opportunity to get out and watch the sunset. But on my recent trip in late-April, I knew I would finally have a chance to see the beach on a wonderfully sunny late afternoon.