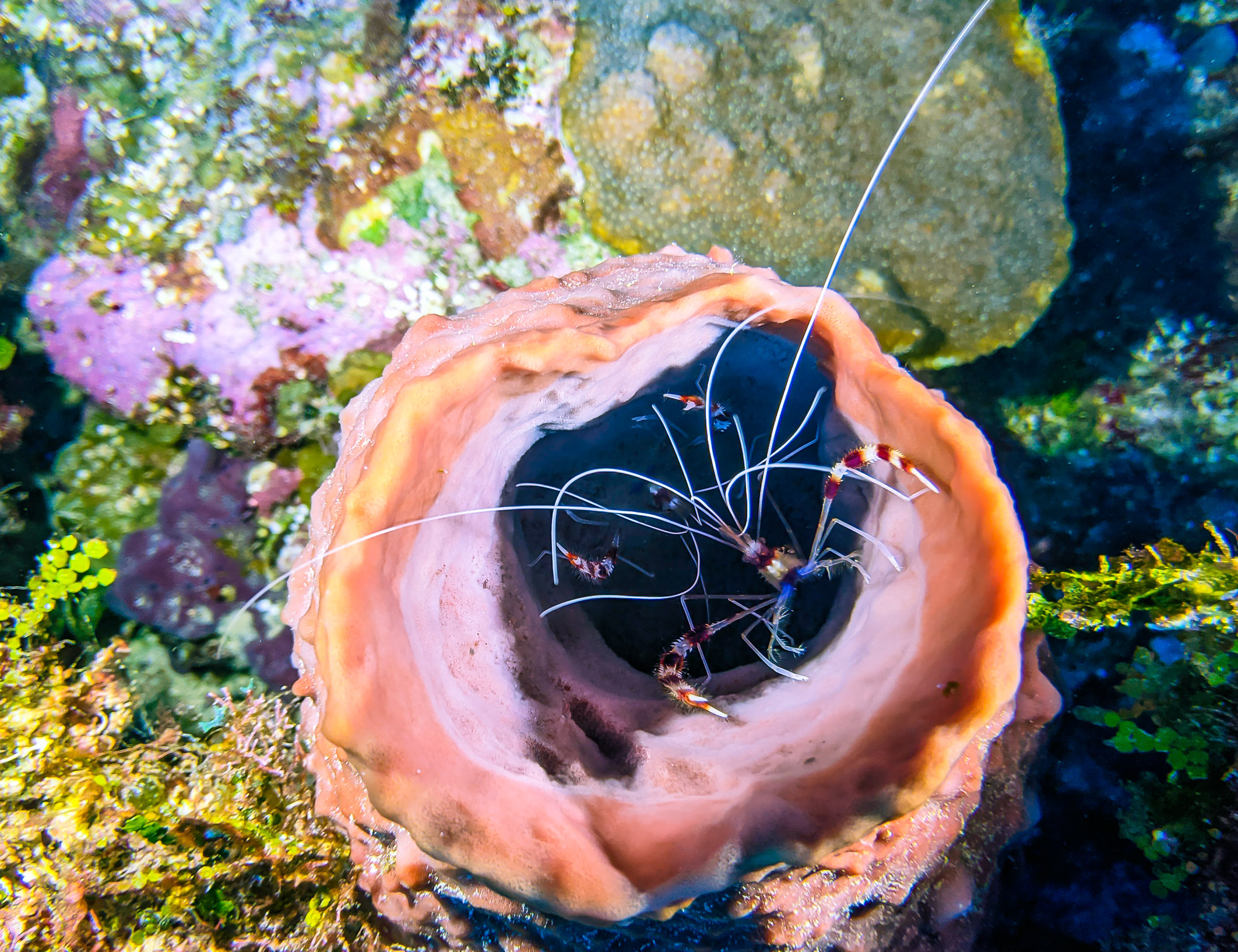 I’ve mentioned in some of my posts that I love scuba diving, but I haven’t shared all that much of my underwater photos or videos (although you should check out my seal video). Truth be told, underwater photography is truly hard and my results are a little hit and miss. I’m not even sure I actually like doing underwater photos, although I love it when I get good results. I plan to write more about my scuba photos in the future, but today let’s take a took at these banded shrimp (stenopus hispidus) living inside a sponge on Belize’s magnificent Turneffe Atoll.